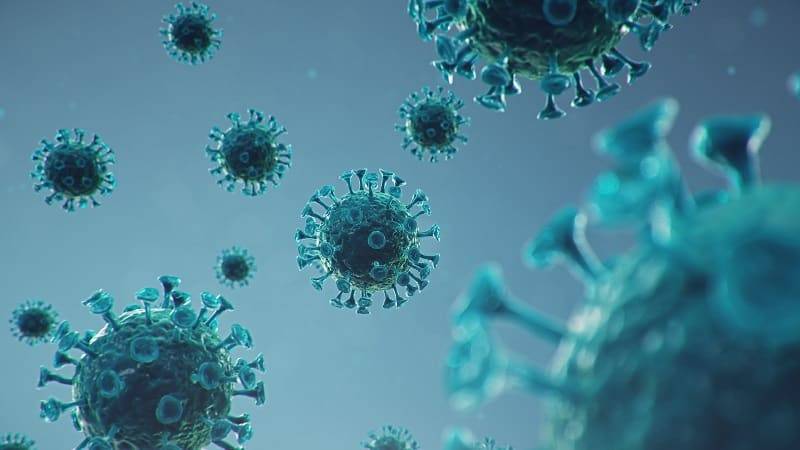 How to cope with ear wax during the CoVid-19 Lockdown

Now more than ever, it is imperative that we follow government guidelines to stay 2 metres (around 6 feet) apart to prevent the spread of Coronavirus (CoVid-19), and save lives by protecting the NHS.

However, if you have a blocked ear sensation and can't hear, it can be frustrating, uncomfortable, and can make you feel even more isolated at this time when we are being told to have no social contact with people that do not live in the same household. But what can you do?

Symptoms of an ear wax blockage

The only way to definitively diagnose an ear wax blockage is to have a history taken and a physical examination of the outer ear, canal entrance, ear canal and ear drum using an otoscope or ENT microscope performed by a Doctor, Audiologist or ENT (Ear, Nose and Throat) Specialist. Only a professional with the necessary training and experience can properly distinguish between the many ear conditions that have the same or similar symptoms to an ear wax blockage. For instance:

The main distinguishing factor between ear wax and the three ear problems listed above (as well as other ear problems) is the presence of ear wax! Bear in mind that sometimes, after ear wax is confirmed to be present, one or more symptoms may still persist following its removal:  this is an indicator that ear wax wasn't the only problem initially. So, how can you check that ear wax is present when you can't see inside your own ears?

It should be stressed at this point that the best way to diagnose an ear wax blockage is to see a Doctor, Audiologist or ENT Specialist. However, you can comply with the government's directive on social distancing by checking your own ears. Now, you may have images of using two mirrors and a torch, and twisting your neck at an odd angle to get a look in your ears, but in this age of modern technology that is no longer necessary. You can get a Wireless Otoscope Camera from Amazon and along with an app on your iPhone or Android phone, you can see if you have ear wax or not. This is available at a fraction of the price of professional video otoscopes or video endoscopes, but one of the biggest differences is that it is not designed to be used by more than one person. In a professional Audiology practice, disposable specula, or a high-level disinfectant like Tristel Duo would be used to prevent cross infection between patients. At the moment it is difficult, if not impossible, to source the appropriate disinfectant products to enable you to share one of these consumer-grade video otoscopes, and we would strongly advise against using a video otoscope if you have a discharging ear (liquid running out of your ear). Tristel Duo is difficult to get hold of, unless you are a healthcare professional. However, once supplies of disinfectant products are restored, you can use something like Clinell Sporicidal Wipes if you are planning to share the video otoscope, or if you want to save money and will only be using the instrument yourself, you could use Clinell Universal Wipes, which are designed for the cleaning and disinfection of non-invasive medical devices .

We found this Wireless Video Otoscope on Amazon. There are a number of video otoscopes available on Amazon, but many of them have a wide tip (over 5mm), connect using a wire, which tends to get in the way, and are difficult to orient, so you can't tell which way is up, down, left or right. This one has a narrower (4.3mm) tip, so it's easier to get it in the ear, but bear in mind that the professional ear endoscopes are just 2.8mm wide! It also has gyroscopes to keep the picture oriented. Although it may come with various attachments that purport to be designed for ear wax removal, we would warn that unless you have been trained in endoscopic ear wax removal, it's best to leave this to a professional as you may end up exacerbating the blockage, or at worst injuring yourself. Our unequivocal advice: just use it to confirm whether you have ear wax.

So, let's assume you have confirmed that you have an ear wax blockage, and have taken our advice not to try scooping it out yourself. What safer methods are there that, given enough tiime, might actually work?

Earol really is the king of ear wax removal products. You might think it's like any kind of olive oil, but that would be doing it a disservice. Firstly, it is sterile - you don't want to be putting non-sterile olive oil into your ear, as it can in some instances lead to an infection - and it is very fine, helping it to disperse in the ear canal and penetrate the ear wax blockage. It is in a spray, meaning it can easily get into all the nooks and crannies without you having to put your head on a side, so the wax won't get pulled deeper into your ear by gravity, and it can be used for up to 6 months before you need to dispose of it - all other ear drops have to be discarded after 28 days.

The Earol spray has a safety nozzle and should always be used when spraying into the ear. To make it easier to insert the safety nozzle, you can pull back gently on the ear to help open the entrance to the canal. We recommend to wipe the nozzle after use to keep it clean.

Sometimes, Earol may at first make the blockage feel worse - this is due to the fine olive oil spray finding gaps in the wax blockage and temporarily filling them. Don't worry - this means that the Earol is gently softening and loosening the wax. Keep using it, and given enough time, it should eventually work. You may need to use 1 or 2 squirts of Earol twice a day.

We generally do not recommend other ear drops, as they require you to lie down on your side, and as the wax softens there is a good chance that the ear wax can get pulled further into your ear by gravity.

Sodium bicarbonate ear drops are very effective at softening ear wax. They are generally safe to use for a few days before an ear wax removal procedure, but because they are quite alkaline, with extended use they can alter the normally acidic pH level of the skin of the ear canal leaving you open to an opportunistic outer ear infection. This can be painful and inconvenient at the best of times, and we would suggest while it is never a good time to get an ear infection, now is definitely not the time.

Many proprietary ear drop formulae contain hydrogen peroxide (which may be listed as urea hydrogen peroxide). These very aggressively soften ear wax, and because you have to leave your head on a side for the drops to penetrate into the ear canal, they often worsen the blockage and leave a film of soft, jelly-like ear wax on your ear drum, and can completely seal the ear canal. Some people find that having even a dilute concentration of hydrogen peroxide against their skin, even for a short time, can cause severe pain. Sometimes, the aggressive ear wax softening action can cause the ear wax to come out by itself. However, often the mixture of ear wax and ear drops including hydrogen peroxide will not come out on its own and can cause prolonged pain and hearing loss. Again, we suggest that now is not the time to be performing chemistry experiments in your ear.

You can find ear syringes to buy online, and some branded ear drops come with a bulb syringe. The idea is that the ear drops soften the ear wax and you can then use the bulb syringe to flush out your ear, and hopefully the ear wax will come out. While undoubtedly this works for some people, there is a risk that the water can push the wax further into your ear, potentially leading to discomfort, pain and/or worsened hearing. There is also the issue of the water not being sterile, meaning that you ought to first boil and cool the water before using the syringe. Using non-sterile water can in some instances cause an outer ear infection.

Dealing With The Hearing Loss

One of the most frustrating things about having a blocked ear is not being able to hear. Assuming that you have confirmed there is a full ear wax blockage, then the loss of hearing is most likely down to the wax blockage. However, if the ear is only partially blocked with wax, then there is likely to be another problem causing the hearing loss; or if there is no wax at all, then the hearing loss is definitely being caused by something else.

Assuming that ear wax has been confirmed as the cause of the hearing problem, we call this a temporary conductive hearing loss, and your hearing will usually return to its regular level after we remove the ear wax blockage. However, as the government's social distancing directive means it is not possible to get your ear wax removed, in order to be able to hear you could try purchasing a Bluetooth bone conduction headset. Instead of the sound reaching your eardrum via your ear canal, the sound bypasses the ear canal and the eardrum and goes straight to your inner ear via the zygomatic bone (cheekbone). The headset pairs via Bluetooth to your mobile phone, enabling to you make and receive calls. In addition, there are apps on the Google Play Store and the iPhone ® App Store that turn the microphone of your Android or iOS phone or tablet into a hearing aid and play the sound through headphones. We have recommended three headsets at different price points, and one free app each for Android and iPhone below, but unfortunately cannot provide any technical support to get them working.