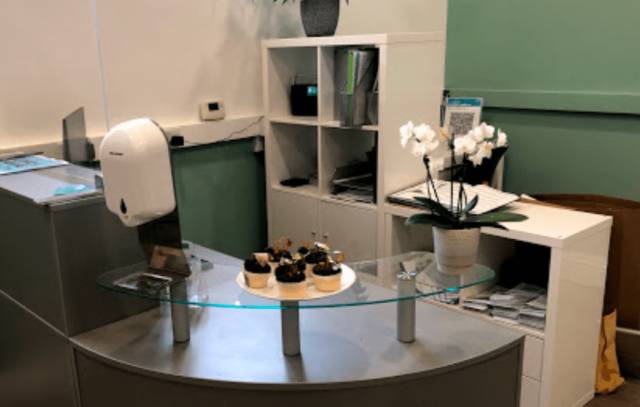 We have taken stringent steps to protect both you and our staff. For more information click here.

At The Microsuction Network, we NEVER syringe or irrigate!Simply put, microsuction is the removal of ear wax from the ear canal using illuminating microscopes and gentle medical suction. At our clinics we use ENT-grade suction units and portable convergent microscopes, as well as disposable, sterile suction tips. Microsuction is considered the safest method of ear wax removal, and our training and experience ensure you will have a very safe procedure.When the ear wax is very tough, or if there is a foreign body in the ear canal, such as a cotton bud tip, or an ear plug which has become stuck, we may use instruments, which are specially designed for removing ear wax and other objects from the ear canal. All of our staff are trained and experienced at using instruments. You may also see instrument removal also called "curettage" or "aural toilet", but we think "instrument removal" sounds nicer.

Why Don't We Irrigate (Syringe)?

Irrigation uses a high pressure water jet to dislodge the wax from your ear. It's like a mini jet wash, and has been known to rupture the ear drum and cause facial paralysis. The electronic ear irrigator has largely replaced the more old fashioned ear syringe, but it still has the same basic problem that it uses a pushing force and can push hardened wax further into your ear. More commonly, if the procedure does not completely remove your wax blockage, wax and water can be trapped in the ear and lead to a painful ear infection.Microsuction needs a higher level of training than irrigation, a good eye and a steady hand. Some clinics say they do microsuction, but use inferior methods and equipment and when the wax is deep in the ear they give up and irrigate. It does not matter who is operating an ear irrigator, it still carries the same inherent risk. So at the Microsuction Earwax Removal Network, we never irrigate. We will only use microsuction or manual instruments to remove your ear wax blockage.

If you are looking for great value private ear wax removal in Cambridge, our Cambridge Micro Suction Ear wax Removal Clinic can be found in Trumpington, Cambridge at:

Our prices (see below) are the best value in Cambridgeshire!

Please note that ear wax removal is by appointment only.NB Our colleagues at the location are unable to take messages or book appointments. Please call us on 0800 1 337 987, or book online.Due to Covid-19 guidance from our professional body, records must be kept of the triage and consent of all patients. In order to comply with this guidance, we have adapted our booking system to incorporate a triage and consent form - after booking please check your email for details on how to complete the form as otherwise we cannot provide treatment. Please click here to make your booking and have your credit or debit card to hand.If you are unable to use our self-service online booking system, you can take advantage of our "done for you" service and call us on 0800 1 337 987 instead.

What Happens At A Cambridge Ear Wax Removal Appointment 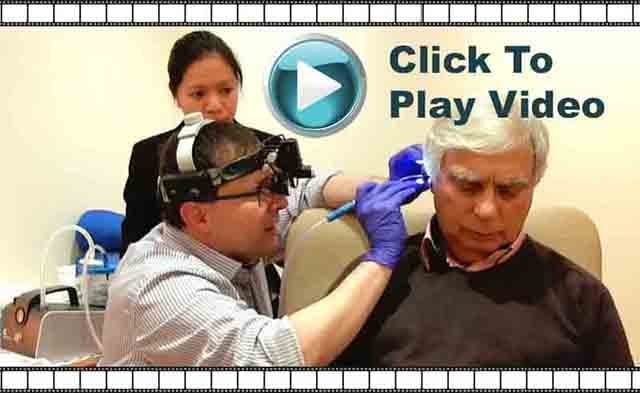 You will find us on Maris Lane in the Coach House Clinic, Trumpington, just a stone's throw from Anstey Hall. You can find our ear wax removal cambridge location on Google Maps here.

Nearby Microsuction Clinics include:

Due to high demand, microsuction ear wax removal in Trumpington, Cambridge is strictly by appointment.

You can book a microsuction appointment in Cambridge online here, or click on the Book Now button below.

Free parking is available in the ample off street cobbled car park at the clinic.

Why Do We Have Earwax?

Ear wax (medical name cerumen) is made by specialised glands in the outer two thirds of the ear canal. It helps protect the ear by moisturising the skin in the ear canal, providing a physical barrier against infection, and by being acidic it has antibacterial properties. Because it is sticky, it helps to catch dust, pollen and small insects and prevent them from establishing themselves in your ears! The skin in your ear canal grows differently to the skin that covers the rest of our body, and grows along the ear canal from the ear drum to the canal entrance. It acts like a conveyor belt, bringing the ear wax, and any dust, pollen or other debris with it, out of the ear. This way, the ear canal cleans itself naturally.

Why Do Ear Wax Blockages Happen?

Typically, ear wax blocks the ear canal and becomes impacted when it is pushed back against the natural outward movement that is part of the natural cleaning process. This can be done using cotton buds, matchsticks, paper clips, rolled up tissue, hair pins amongst other objects. Other causes of ear wax impaction can be narrow or winding ear canals, excessive, excessively dry or excessively sticky ear wax production. Everybody has an S bend in their ear canals - this is to reduce the chance of twigs and other objects from perforating the ear drum. However, ear wax can build up on very sharp bends in the canal. Where the ear canal is very narrow, there is less space for ear wax to accumulate, and this can lead to frequent ear wax blockages. Excessive, sticky, or dry ear wax production can also lead to impacted ear wax. The most obvious symptom of a blocked ear is a partial or total loss of hearing, but other symptoms can include pain, itching, a feeling of fullness, or hissing, whooshing, buzzing or ringing sounds.

How To Get Rid Of Ear Wax

Unfortunately, the size and shape of your ear canal, as well as the amount and type of ear wax is genetically determined. In order to reduce ear wax build up we recommend applying one squirt of Earol (a sterile, sealed olive oil spray) into each ear once or twice a week. If you have a blocked ear, we recommend you apply two squirts of Earol twice or three times a day for three or four days and then attend one of our expert microsuction ear wax removal clinics. You can book an appointment at one of our Cambridge microsuction ear wax removal clinics here. Please don't put cotton wool in after applying Earol, as it will just absorb the olive oil and stop it from doing its work. We don't recommend self-syringing as this can push the ear wax further into your ear. We particularly recommend you avoid ear candles, as these do not remove ear wax and can potentially cause serious problems. We have an article on ear candles and their pitfalls here.

If you'd like to read about the various methods of ear wax removal, including syringing and microsuction, we have an article on different ear wax removal methods here.

If You Wear Hearing Aids

If you wear hearing aids, to prevent oil and wax from blocking up your hearing aids just apply the Earol at night, and then wipe out the entrance of your ear canal with a tissue in the morning before you put your hearing aids in. You'll ideally need to use Earol for five to eight days before your microsuction appointment.

So, after reading the above if you have wax in your ear and would like it removed safely without any water being syringed or jetted into your ear, you may want to choose to have your ears microsuctioned.

We provide the most affordable ear wax microsuction service in Cambridge, provided by HCPC-registered Audiologists and NMC-registered nurses. We take payment for the appointment up front - we are sorry that we have to do this, but many patients have booked and not turned up, which is frustrating for other patients who cannot get an appointment.

Our Audiologist will inspect your ears using surgical loupes or an otoscope to determine whether your ear canals are full of wax and if microsuction is therefore necessary.

If there is no ear wax, we will give you advice and/or a hearing test as appropriate.

If there is wax, we will remove the ear wax expertly using a low power medical suction unit with a tiny, sterile 2 mm suction tube on the end. This is so gentle, it feels like barely even a kiss on the cheek. Sometimes, despite applying Earol for several days, the ear wax is too stubborn to be removed by microsuction, so we may use special disposable instruments, such as a Jobson Horne Probe, or a St Barts or Rosen Cerumen Hook. Whatever method we use, you safety is our top priority at all times. If you would like to book a microsuction appointment in Cambridge, click here.

We never use a Propulse Ear Irrigator, which has now largely replaced the ear syringe, as according to the British Medical Journal (article here) irrigation or syringing is associated with a high risk of complications, such as failure of wax removal or further impaction of the wax, ear infection, trauma to the ear canal, or perforation of the ear drum. Other complications of syringing that have been reported are pain, tinnitus, vertigo (dizziness), and loss of balance or hearing.

BOOK ONLINE NOW! SAVE AN EXTRA £10 *
We remain open and continue to take extensive Covid-secure measures to protect our customers and staff. Before you book, please find out more at the link
Find Out More OK, Thanks!
Covid Secure