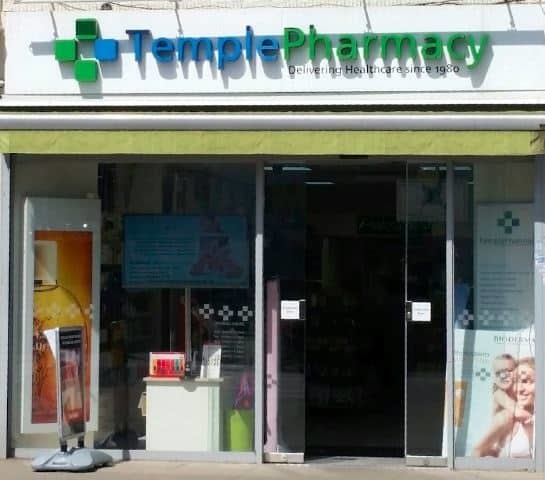 Simply put, microsuction is the removal of ear wax from the ear canal using illuminating microscopes and gentle medical suction. At our clinics we use ENT-grade suction units and portable convergent microscopes, as well as disposable, sterile suction tips. Microsuction is considered the safest method of ear wax removal, and our training and experience ensure you will have a very safe procedure.

When the ear wax is very tough, or if there is a foreign body in the ear canal, such as a cotton bud tip, or an ear plug which has become stuck, we may use instruments, which are specially designed for removing ear wax and other objects from the ear canal. All of our staff are trained and experienced at using instruments. You may also see instrument removal also called "curettage" or "aural toilet", but we think "instrument removal" sounds nicer.

You will find us in an eclectic shopping area in the Pitshanger part of Ealing, next door to The Hair Company hairdressers and Navarro Wine.

Please note that treatment is by appointment only. NB Our colleagues at the location are unable to take messages or book appointments. Due to new Covid-19 guidance from our professional body, records must be kept of the triage of all patients prior to booking, and their consent to treatment after booking. In order to comply with this guidance, we have adapted our booking system to incorporate these forms. Please click here to make your booking and have your credit or debit card to hand. If you are unable to use our self-service online booking system, you can take advantage of our "done for you" service and call us on 0800 1 337 987 instead.BOOK ONLINE NOW! SAVE AN EXTRA £10 *

There is ample on-street parking on Pitshanger Lane and in the side streets nearby. Please be careful to read the signs as some parking bays are for only 30 minutes, while others are for one hour, two hours or all day. There are no parking restrictions in the nearby residential side streets, other than the usual restrictions against parking over a dropped kerb or on a yellow line.

You can find our London W5 Microsuction Clinic in Ealing on Google Maps here.

You can get directions to our London W5 Microsuction Clinic in Ealing here.

Visit our booking page to book your London W5 microsuction ear wax removal appointment, and say goodbye to the discomfort of ear wax.

WE REGRET THAT DUE TO COVID-19 OUR PRICES HAVE GONE UP. IN ADDITION TO THE HIGH COST OF PPE, WE MUST NOW SET ASIDE AN ADDITIONAL MINIMUM OF 50% OF THE APPOINTMENT TIME TO DOFF AND DON PPE AND DECONTAMINATE SURFACES IN THE ROOM. WE HOPE YOU UNDERSTAND THAT THESE ADDITIONAL MEASURES ARE FOR YOUR SAFETY.

Microsuction is a process of removing ear wax from the ear canal using a medical suction pump, suction wand and either surgical loupes or a special ear endoscope. The ear endoscope is a surgical instrument with fibre optic fibres around the circumference and a solid lens down the middle. The fibre optic fibres carry light into the ear canal, so that the procedure can be viewed by the practitioner on a small screen. Microsuction is by far the most effective method of earwax removal. Tradionally only performed in ENT clinics due to the size and weight of the equipment, it can now be performed by appropriately trained individuals in smaller clinics due to portable suction pumps and visualisation equipment now available. Our network of London Microsuction clinics provides a choices of locations.

How Safe Is Micro Suction?

Micro suction introduces no water into the ear and only removes wax from the ear using gentle suction. The Micro Suction Practitioner uses a pair of operating microscopes known as "loupes" and a bright light to see into your ear canal in great detail. This way, he or she can see exactly what they are doing inside your ear. The suction wands are sterile, so the risk of infection is virtually nil. For these reasons, microsuction is considered the safest method of removing wax from the ear. The process can be quite noisy, up to around 100dB(A). The HSE recommends that to avoid permanent hearing damage, you shouldn't be exposed to continuous levels of noise at 100dB(A) for longer than 15 minutes without hearing protection.

Ealing is the birthplace of the famous Ealing Studios and Ealing Blues Club, and a thriving base for film-makers and musicians. The annual Summer Festival draws large crowds and top performers. Ealing's parks are plentiful, independent shops thrive, and residents are spoilt for choice with top quality restaurants and pubs.

Ealing is a district of west London, England, located 7.9 miles (12.7 km) west of Charing Cross. It is the administrative centre of the London Borough of Ealing, and identified as a major metropolitan centre in the London Plan.
Ealing was historically a rural village in the county of Middlesex and formed an ancient parish. Improvement in communications with London, culminating with the opening of the railway station in 1838, shifted the local economy to market garden supply and eventually to suburban development.
As part of the growth of London in the 20th century, Ealing significantly expanded and increased in population, becoming a municipal borough in 1901 and has formed part of Greater London since 1965. It now forms a significant commercial and retail centre with a developed night time economy. Ealing has the characteristics of both suburban and inner-city developments. Ealing's town centre is often colloquial with Ealing Broadway, the name of both a rail interchange & a shopping centre.
Most of Ealing, including the commercial district, South Ealing, Ealing Common, Montpelier, Pitshanger and most of Hanger Hill fall under the W5 postcode. Areas to the north-west of the town centre such as Argyle Road and West Ealing fall under W13 instead. A small section north-east of the town centre, near Hanger Hill, falls under the NW10 postcode area. The population of Ealing (not including Hanwell and Northfields), comprising the Ealing Broadway, Ealing Common, Cleveland, Walpole and Hanger Hill wards, was 71,492 in the 2011 census. The area of Hanwell is strongly associated with Ealing; however, it is a separate district with its own postcode.

With the exception of driving animals into London on foot, the transport of heavy goods tended be restricted to those times when the non-metalled roads were passable due to dry weather. However, with the passing of the Toll Road Act, this highway was gravelled and so the old Oxford Road became an increasingly busy and important thoroughfare running from east to west through the centre of the parish. This road was later renamed as Uxbridge Road. The well-to-do of London began to see Ealing as a place to escape from the smoke and smells. In 1800 the architect John Soane bought Payton Place and renamed it Pitzhanger Manor, not to live but just for somewhere green and pleasant, where he could entertain his friends and guests. Soon after (1801) the Duke of Kent bought a house at Castlebar. Soon, more affluent Londoners followed but with the intention of taking up a permanent residence which was conveniently close to London. The only British prime minister to be assassinated, Spencer Perceval, made his home at Elm House. Up until that point, Ealing was mostly made up of open countryside and fields where, as in previous centuries, the main occupation was farming.

The most important changes to Ealing occurred in the 19th century. The building of the Great Western Railway in the 1830s, part of which passed through the centre of Ealing, led to the opening of a railway station on the Broadway in 1879, originally called Haven Green. In the next few decades, much of Ealing was rebuilt, predominantly semi-detached housing designed for the rising middle-class. Gas mains were laid and an electricity generating station was built. Better transport links, including horse buses as well as trains, enabled people to more easily travel to work in London. All this, whilst living in what was still considered to be the countryside. Although much of the countryside was rapidly disappearing during this period of rapid expansion, parts of it were preserved as public parks, such as Lammas Park and Ealing Common. Pitzhanger Manor and the extensive 28 acres (110,000 m2) grounds on which it stands, was sold to the council in 1901 by Sir Spencer Walpole, which had been bought by his father the Rt. Hon. Spencer Horatio Walpole and thus became Walpole Park.[7]

It was during the Victorian period that Ealing became a town. This meant that good, well-metalled roads had to be built, and schools and public buildings erected. To protect public health, the newly created Board of Health for Ealing commissioned London's first modern drainage and sewage systems here. Just as importantly, drinking fountains providing wholesome and safe water were erected by public prescription. Ealing Broadway became a major shopping centre. The man responsible for much of all this was Charles Jones, Borough Surveyor from 1863–1913. He directed the planting of the horse chestnut trees on Ealing Common and designed the Town Hall, both the present one and the older structure which is now a bank (on the Mall). He even oversaw the purchase of the Walpole estate grounds and its conversion into a leisure garden for the general public to enjoy and promenade around on Sundays.