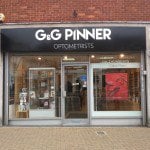 Went to get my ears unblocked by Jason in Pinner. Within a short period of time I could hear clearly again – what a relief. The procedure was straightforward and totally painless. Jason was professional and reassuring. Will definitely recommend to friends and family. 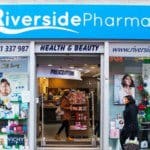 Rang at 845am and managed to get an appointment that morning to see Jason. The procedure was well explained, quick and painless. I had only booked for one ear but Jason examined the other ear and, for a small extra fee, was able to clear that as well. Would highly recommend the service and it is particularly worthwhile if you are having to wait weeks or months to get seen on the NHS.

I saw Breda who was excellent explained everything carefully. I feel so much better now. Thank you

I had microsuction for the first time on the 12th Sept at Pinner for one ear as I could not get an early appointment at the doctors. I have had my ears syringed several times before over the years but after seeing Jason I found the whole procedure marvellous and Jason went through everything beforehand as I was a worried about how it worked. As a result of this visit I had my other ear cleared on the 21st Sept at Rickmansworth by Jason so I would highly recommend him and microsuction.

Breda carried out a very professional examination and cleared the wax in a very satisfactory way. Very satisfied.

We met Jason today for the first time. He was so patient and informative about Alan’s long-standing ear problem. The microsuction was completely successful despite a severe buildup of wax and skin cells. We are so pleased to have found an expert and sympathetic practitioner and look forward to seeing him regularly now.

Jason was excellent. So helpful as I have various issues because I have one deaf ear. He gave me other information that will help me in the future and performed the ear wax removal gently and easily. Definitely I will use him again.

A great service provided by Jason, the whole procedure was explained beforehand so I knew exactly what to expect. Thank you so much for giving me my hearing again. Would definitely recommend to friends and go back again, if needed!

Jason did a great job in explaining exactly what he was going to do and then did it, with great care and precision. Nice work and saved a ton of time trying to get the same procedure done at the Pinn Medical Centre.